THE Gold Coast property market is firing with median house prices hitting a record-high of $600,000. In further proof the city is booming, CoreLogic data released this week reveals house prices are up 6.2 percent over the 12 months to December, 2016 and 21.2 per cent over three years.

The record trumps Brisbane by $85,000 and is just $25,500 short of Melbourne’s median price. Sydney’s median house price continues to outweigh every city in the country coming in at $905,000. Hitting a median house price of $600,000 is a major milestone for the Coast according to REIQ Gold Coast zone chairman John Newlands, who previously predicted the record high.

“I didn’t expect it to hit $600,000 so soon but I think people are still seeing good value here,” Mr Newlands said. 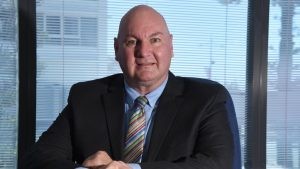 “A lot of the focus was on the Sydney and Melbourne house markets over the past three years and that is now flowing through to people who realise there is value here.”

He said the driving forces behind the increase was population growth and employment.

“I don’t see a boom bust situation as our population is growing and other industries apart from tourism and building are thriving,” he said.

“I think there’s another good 10 to 20 per cent increase to go. We’re still reasonably cheap for what we’ve got to offer here.”

CoreLogic research analyst Cameron Kusher said further growth was expected on the Gold Coast this year driven by cashed-up interstate buyers who have equity in their properties and are drawn to holiday homes on the Gold Coast. 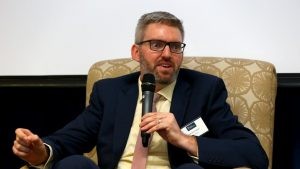 “We’re seeing growth coming back to the Gold Coast market and that’s been the trend for the past few years,” Mr Kusher said.

“We’re also seeing demand from the investment market out of Sydney and Melbourne.”

While the record-high is good news for homeowners, first-homebuyers are being pushed further out of the Glitter Strip.

“It is a median price so the point to make is if you’re a first homebuyer you’re probably not going to be buying on the water,” Mr Kusher said.

“But there’s lot of affordable houses on the Gold Coast — suburbs like Coomera — which are away from the Coast where there has been a lot of development.”

Mr Newlands said getting into the Gold Coast property market was still achievable and encouraged first homebuyers to do their research.

Back to all news
Up to Date